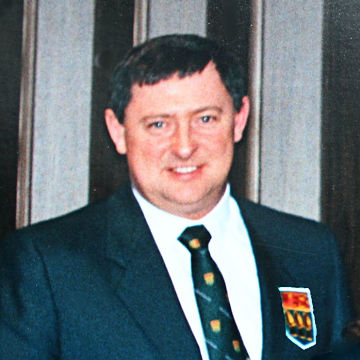 Arnold and his teams competed in 12 Northern and 5 Provincial Men’s Competitions, as well as one Provincial Mixed which they won. At the National Mixed they ended up in a five-way tie for second place but lost out in the tie breakers. Arnold’s teams were also very successful on the cash spiel circuit. They won the Nipawin Car spiel twice and were runner-up once. In 1988 Arnold’s team was ranked the No. 1 team in Canada and were in the top five three more times. They also qualified for the skins game twice. Arnold is remembered for his unique delivery which was definitely not Curl Canada approved, but his results certainly were. 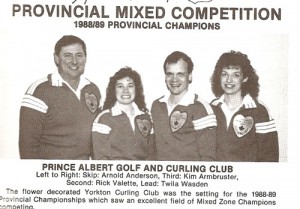