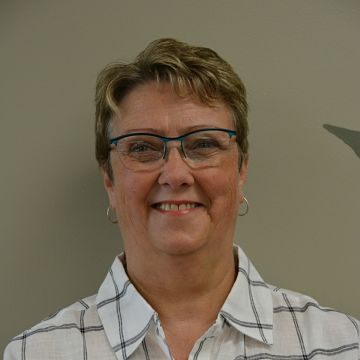 Bev grew up in the Holdfast, Saskatchewan but attended school in Saskatoon when she was in grade 7, 8 and nine. It was when she was attending Evan Hardy Collegiate that she was introduced to curling through their freshman curling program. She then returned to Holdfast to finish High School. She turned her attention to volleyball and basketball.

After High School she moved to Saskatoon permanently. In 1983 her and her husband moved to the Montgomery area of Saskatoon and decided to join the CN Curling Club. At that time there was a waiting list to enter the evening leagues. Thanks to Harold Harnett, a long time CN member and volunteer Bev and Glen became members and remained Members until they moved to Manitoba in 2013.

Bev became an ardent curler. She curled in the Wednesday Mixed League, Ladies Monday night league with Brenda Goertzen and a Ladies afternoon league with Eileen Smith and Ollie Obed. She also curled in the Saskatoon Ladies Bonspiel and the CN Grandmothers spiel every year.

In 1989 she joined the Board of Directors of the CN Curling Club and served on that board until 2013.She served as President for three years. Bev also served as joint manager from 2009 to 2013.

One of Bev’s many responsibilities as a volunteer was the supervision of all maintenance and organized the summer volunteer work projects. Major projects she was involved in included repairing the roof by lifting roof cap and installing rubber stops, changing light fixtures in the ice area as well as the foyer, dismantling and rebuilding the cooling tower, repaired and replaced u joints in the brine lines, replacing eaves roughing and painting the building inside and out.

All of this was done by volunteers saving the curling club thousands of dollars. Bev told me that the cost of rebuilding the cooling tower was about $600.00. The cost of a new tower would have been $45000.00.

Bev was a hands on volunteer not just an organizer. She remembers going up on the roof and chip ice around the cooling tower. When they had brine leaks she would go over to the rink during the night to add brine to the tank. She cut grass in the summer and snow blowing in the winter.

Bev was also served of the Board of Directors of Curl Saskatoon from 2000 to 2013. She volunteered for the 1995 Scottish Women’s Tour, the Men’s Stathcona Cup Tour in 2013 and the 2003 Guy Hemmings Rocking the House Tour at the CN. Bev also was a volunteer at the 2000 and 2004 Brier. She served on the organizing committee of the 2002 Men’s Northerns, the 2007 Senior Men’s and Women’s Provincials and the 2009 Canadian Masters.

Ladies and Gentlemen please welcome Bev Fraser into the Legends of Curling Honour Roll in the Builders Category. 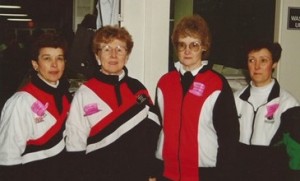