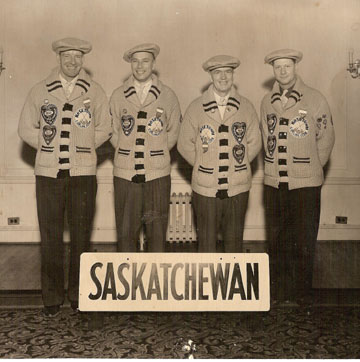 1948 Macdonald Tankard Provincial Men’s Team
This team was a curling power in Saskatchewan in the 40’s and early 50’s. The same team with skip and third reversed were Provincial runners up in 1950. Sansom and Franklin were on a Provincial winner in 1942 and Heartwell, Annable and Franklin won the Provincial again in 1951 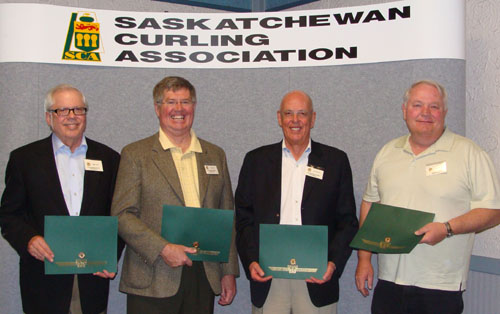