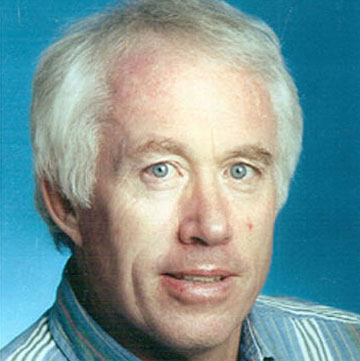 Doug was born in Port Arthur, Ont., but grew up on the prairies. His father, a banker, moved across Saskatchewan and Alberta and at various times the family lived in Weyburn, Pangman and Edmonton, where Doug received his high school education.

Doug returned to Weyburn and in 1965 joined the Weyburn Review, where he began a journalism career that spanned four decades. He worked at the Regina Leader-Post, including a year in Moose Jaw for the Regina paper, then with the Saskatoon StarPhoenix from 1968-1971.  In 1980, he was awarded a Southam Fellowship and Doug and his family moved to Toronto for a year at Massey College at the University of Toronto. In 1981, he returned to The StarPhoenix as news reporter, later city editor and for his last 13 years before retiring in 2008, sports editor.

Curling was always one of his favorite assignments. He usually covered the  women’s championships, through the northerns, the provincials and the national championships if a local team was involved. From his seat in the press box, he saw Sherry Anderson of Delisle have two remarkable runs – a second-place finish in the Canadian Olympic trials in 2001 and a second-place finish at the Scott Tournament of Hearts at Brandon in 2002.

In 1999, it was his idea to have both Kevin Mitchell and himself in Edmonton to cover Gerald Shymko’s run at the Brier – Doug writing columns and features, Kevin covering Team Saskatchewan on a day-to-day basis. They spent 10 days there and blanketed the event.

Kevin Mitchell said “We were never permitted that kind of budget again, to Doug’s great regret, but he always made sure to keep curling as a top-priority item when it came to travel and coverage conditions”.

Doug always made sure that local bonspiels and Region Playdowns received as much coverage as possible. During City Men’s and women’s playdowns he didn’t just print results. You would find him at the rink, covering the event, writing stories about what was happening on the ice. We may not have always agreed with everything Doug wrote but we could always count on him to found space in the newspaper for the sport, no matter what else was going on.

Doug was front and centre in organizing and writing about the Brier when it came to Saskatoon in 2000 and 2004. Kevin Mitchell, who worked with him at both Briers said “he led by example, laboring from the wee hours of the morning until late at night, developing ideas and pursuing them hard. He believed the Brier should be the biggest thing in the lives of Saskatchewan residents when it was here, and his labours to that end reflected his love of the sport”.

He loved the game as a player, too, being pivotal in the preservation of the Canadian Newsmen’s Bonspiel. He was honoured with the Floyd Davis award in 1982, given to long-time organizers. His rink was runner-up in 1988 and won the event both in 1989 and 1991.

Doug maintained a steady hand on the women’s curling beat, which he held the last several years of his employment with the StarPhoenix, and he made sure they received the same coverage as the men.

Curling was one of the joys of his life at the paper. When he wrote his farewell column on Feb. 16, 2008, he made this observation:  “I will miss the camaraderie and the laughter of the women curlers who have brightened my January’s for the past 15 years. I’ll even miss the minus 55 temperature. (Meadow Lake, 2004).”