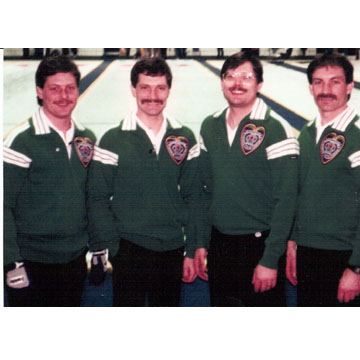 Brothers, Jamie, Rick, Larry and Mike curled together as a family team at three southern mens and three provincial mens competitions and represented Saskatchewan at the Brier in 1990.

The years 1990, 91 and 92 saw the Schneider Team as keen competitors and a unique ‘family team’ that has complimented Saskatchewan’s small town curling history.