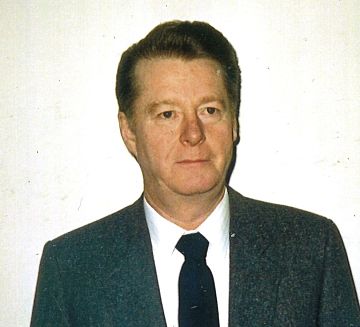 He curled in bonspiels all over Saskatchewan and Alberta curling against the best curlers of the day. He also teamed up with the likes of Hersh Lerner, Bob Pickering, Sam Richardson, Harold Worth and Hec Gervais. He curled on teams that won numerous bonspiels including the Edmonton Car Spiel in 1966, 1969 and 1971.  Larry told me that one of best curlers he ever curled against was Merv Mann. He said that he skipped against Merv Mann thirteen times before he finally recorded a victory.

Larry was also a major player in both the Men’s and Mixed playdowns. He curled in 15 Northern Men’s Playdowns qualifying for the Provincial Championship 5 times. In 1974, the first year he played at the Provincials, his team of Ron St. John, Wayne St. John and Rod St. John won the Championship. The team went on to represent Saskatchewan at the 1974 Brier in London, Ontario. They finished 2nd with a record of 7 and 3. The winner that year was Hec Gervais of Alberta.

Larry served on the Board of Directors of the Kindersley Curling Club for many years serving as President in 1975-76. He also served as a Regional Director on the Saskatchewan Curling Association for 10 years. He was instrumental in creating the Legends of Curling Honour Roll.

Larry was also involved with the Canadian Curling Association from 1985 to 1988. He was a player representative for two year and was in charge of the Brier banquet for two years.

Larry was also well known for his curling scrap books and pin collection. He started his scrap books in 1954 and now has 90 books of curling memorabilia. He also has collected about 5000 pins. Larry and Agnes have attended 40 plus Briers and displayed his pin collection at 20 of them.

Larry truly loved the game of curling and continues to follow it to this day.

Ladies and Gentlemen please welcome Larry Mcgrath into the Legends of Curling Honour Roll as a Curler and a Builder. 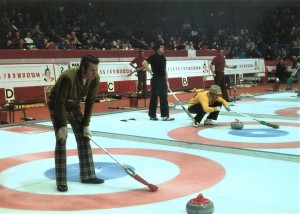 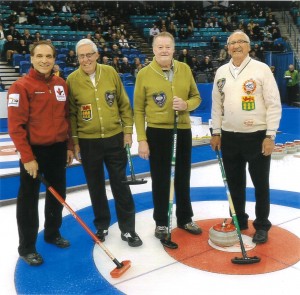