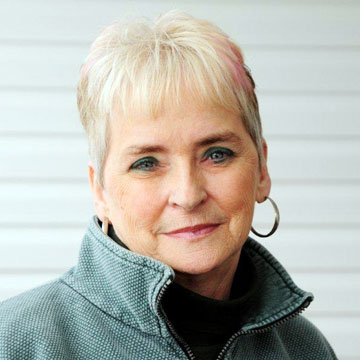 Ronda grew up in Wolseley and got her first taste of curling at the age of 11. She continued curling through her high school years and competed at region and Southern playdowns in Womens competitions. She became involved in coaching with the Wolseley High School teams, and completed Level 1, 2 and 3 Curl Canada Instructor / Coach Courses.

Ronda’s interest in curling and coaching led to involvement with the Saskatchewan Ladies Curling Association (SLCA) when she became the Region Director for the Wolseley area. Later she moved to Regina and served the SLCA as Technical Director from 1980 – 1982, Provincial Coach 1982 – 1986, Sask First Elite Coach 1986 -1989 and Head Official 1981 -1989. She coached the Junior Womens team at the 1983 Winter Games, Junior Womens teams at the 1985 and 1987 National Championships and also at the 1985 Worlds.

Ronda conducted many clinics for the Provincial Level 1 and 2 Coaching Certification Program and was heavily involved in founding the Prairieland Curling Camp in 1986, which has taken place every summer since.

Ronda has a Level 4 Officials’ designation at the National and International Level. She has been an Official, Supervising Official and Head Official at many Junior, Mixed, Senior and Womens Provincial, National and World Competitions.

Ronda received the Brenda M’Lot Memorial Award for Official of the Year in 1988 and the SLCA Award of Recognition in 1995.